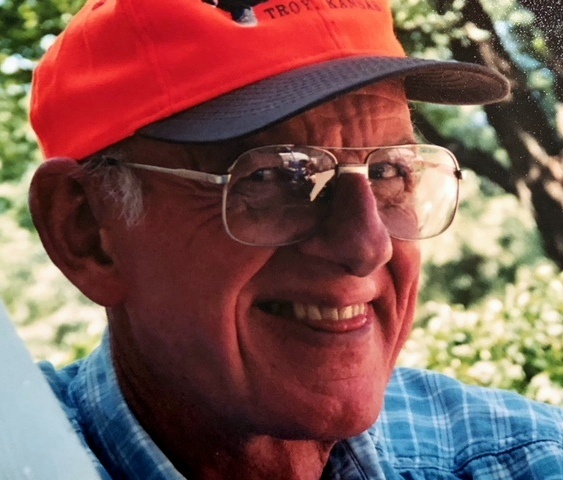 Larry was born in Seneca, KS on April 28, 1942 the son of Lawrence Joseph, Sr. and Marie Evelyn (Mohringer) Grollmes. Larry went to school all 12 years at Sts. Peter & Paul in Seneca where his grandfather was the janitor and did all the work like climbing the church steeple, and greasing the bell.  After graduation he married Patti Levret at the St. Bede’s Church in Kelly, KS on June 24, 1961. His work years were at Wilde Tool Co. for 15 years and Wenger Manufacturing for 25 years.

Grandparents on his dad’s side were Joseph and Frances Grollmes. On his mother’s side they were Herman and Minny Mohringer. His Grandpa Herman who was the sheriff was one of the guides in his life since he was a gun collector and hunter. Larry had many good memories of hunting with his dad, Grandfather Herman, and some uncles.

Mass of Christian Burial will be held Tuesday, March 13, 2018 at 10:30 a.m. at the St. Augustine Catholic Church of Fidelity south of Sabetha. Visitation will be Monday, March 12, 2018 from 6:00 to 7:30 p.m. at the Popkess Mortuary Chapel in Sabetha. Interment will be made at the church cemetery. In lieu of flowers, memorial contributions may be made to the St. Augustine Catholic Church, sent in care of Popkess Mortuary, 823 Virginia, Sabetha, KS 66534.

To order memorial trees or send flowers to the family in memory of Lawrence Grollmes, please visit our flower store.