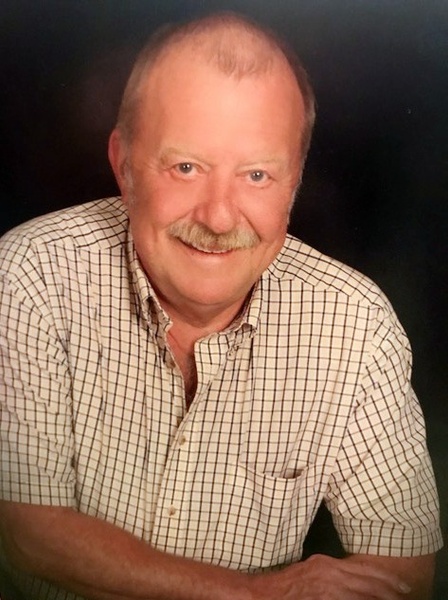 He was born July 4, 1948 in Axtell, KS to Peter and Amy (Prater Speers) Rilinger. He was raised on a farm north of Seneca, KS.  He attended St. Benedict schools and church.  Larry was a natural mechanic and could fix anything with an engine, but especially enjoyed working on cars and helping his family and friends with their vehicles. He learned at a very early age the value of hard work as he helped to support his family.  He worked as a mechanic during his teenage years for Vern Bergman Ford in Seneca, KS and also worked the harvest for many years.  In 1967, Larry enlisted in the Army National Guard and completed Basic Training at Fort Campbell, Kentucky.  He received orders to go to Vietnam on the same day he received an Honorable discharge from the Army due to the sudden and unexpected death of his mother. He became the provider for his younger brothers and elderly father.  Larry truly believed that his mother saved him from going to Vietnam, which was her greatest fear.

On July 25, 1970 he married Deborah “Debbie” Holthaus at Sacred Heart Church in Baileyville, KS.  They raised three daughters. Through the years, he worked as a truck driver for many different companies, but spent the most time with Koch Truck Line in Sabetha, KS where he worked as a driver and dispatcher.  In 1999, Larry began working as a car salesman at Holthaus Motors in Osage City, KS, and then in February of 2000 he helped his brother in-law open Holthaus Autohaus in Fairview, KS. He worked there for 16 years until his retirement in July, 2016.  Larry was a member of Sacred Heart Catholic Church in Sabetha.  He was also a member of the Knights of Columbus and the Fairview American Legion.

Family was the most important thing to him and he was exceptionally proud of his four grandsons.  He loved spending time with his grandsons and attending their school and sporting events, and was a very proud grandpa. Larry had a gift of talking to people and never knew a stranger and loved to help others, especially with their vehicles.

He was preceded in death by his parents, Peter and Amy Rilinger; a sister, Barbara Rilinger; a brother, Vernon Speers; and his mother in-law, Reva Holthaus.

He is survived by his wife of 47 years, Debbie Rilinger of Morrill, KS; his three daughters and sons-in-law, Amy (Mark) Schneider of Topeka,KS, Paula (Steve) Shackelford of Elwood, KS, and April (Brian) Gaines of Lincoln, NE; and his four grandsons; Xander (Briana) Schneider of Lawrence, KS, Noah Schneider of  Topeka, KS, and Kaleb and Mason Gaines of Lincoln, NE; two brothers, Bob (Judy) Rilinger of Sabetha, KS, and Marvin (Carol) Rilinger of Waynesboro, VA; a sister, Dolores Shreffler of Hawick, MN; a father in-law, Leo Holthaus of Lincoln, NE, and many brothers and sisters-in-law, nieces, nephews and cousins as well as many people he called friends. He is also survived by his faithful dogs, Izzie and Roxie.

Mass of Christian Burial will be Monday, September 18, 2017 at 10:00 a.m. at the Sacred Heart Catholic Church in Sabetha, KS. Visitation will be Sunday, September 17, 2017 from 3:00 – 5:00 p.m. at the church. Rosary will be prayed at 5:00. Interment will be made at the Sabetha Cemetery with military honors conducted by V.F.W. Post #7285 and the American Legion Riders. In lieu of flowers, memorial contributions may be made to Sacred Heart Catholic Church or Nemaha County Home Health & Hospice, sent in care of Popkess Mortuary, 823 Virginia, Sabetha, KS 66534.

To order memorial trees or send flowers to the family in memory of Lawrence "Larry" Rilinger, please visit our flower store.