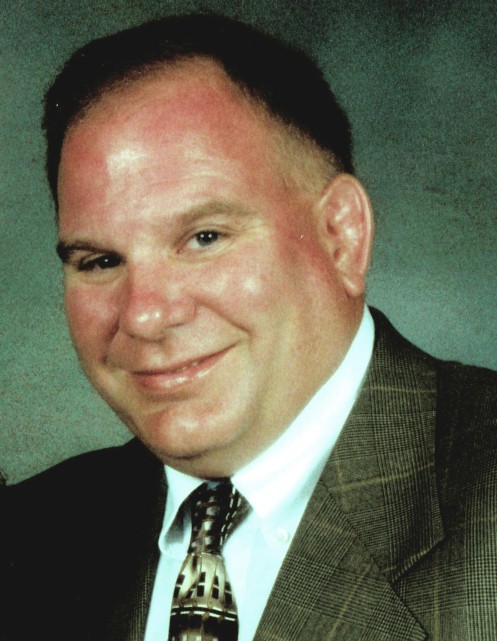 Lee was born on August 22, 1958 in Sabetha, Kansas to Marshall and Geneva (Brigham) Ukele.  He attended Excelsior Country School, Sabetha Elementary School, Junior High School and High School and graduating in 1976.  He participated in football, wrestling, 4-H and FFA.  He attended Highland Community College and graduated in 1978.  He also attended Kansas State University taking classes in agri-business.  He returned to farm with his brother, Stephen on the Ukele family farm around the Berwick area.  They created a diversified grain crop and commercial livestock business.  He married Carmen Kay Baumgartner on March 27, 1999.  To this union three children were born, Tanner Marshall, Carson Samuel and Marlee Geneva.  Lee was a loving husband, father and devoted uncle.  He was well known for his true business savvy and work ethics at farming operations, remarkable memory for facts and figures and ways to achieve success and having fun with family and friends.  He had a sunny disposition and genuine concern for the well-being of others. Lee and family attended NorthRidge Church in Sabetha. He was on the board of directors for the United Bank and Trust, the Nemaha County FSA Community Committee, and several social committees.  His family was always the top of his list.  He will be missed by all who knew him.

Lee was preceded in death by his parents; his loving wife, Carmen Kay; his daughter, Marlee Geneva; his brother, Stephen Marshall; his uncles, Fred Ukele and Gerald Summers; his aunt, Dorothy Summers; and his cousins, Jim Summers and Kim Summers.

Lee is survived by his sons, Tanner Marshall and Carson Samuel both of Sabetha; his sisters, Pamela Day Ukele of Hannibal, Missouri and Paula Sue Miller (Alan) of Shawnee, Kansas; a sister-in-law, Pamela Sue Ukele of Sabetha; numerous nieces and nephews; and Lee’s family extended to the Leonard Baumgartner family and cousins, Beth Mazzola Summers, Gary and Sylvia Summers, Jeri and Janice Summers, Jon and Janet Summers, Kirk and Stefni Summers, who loved Lee like a brother.

Funeral service will be Wednesday, May 15, 2019 at 10:00 a.m. at the NorthRidge Church in Sabetha.  A visitation will be Tuesday, May 14, 2019 from 6:00 to 8:00 p.m. at the NorthRidge Church in Sabetha.  The interment will be made in the Sabetha Cemetery.  Memorial contributions may be made to the Carmen and Marlee Memorial Scholarship Fund, sent in care of Popkess Mortuary, 823 Virginia, Sabetha, Kansas  66534.

To order memorial trees or send flowers to the family in memory of Lee Ukele, please visit our flower store.