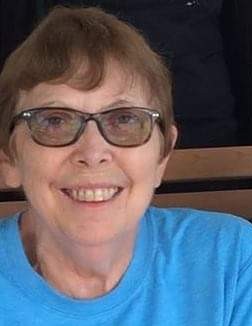 Leila was born to the late Irvin Reed and June (Anderson) Reed on September 14, 1947 in Holton.  She graduated from Soldier High School and from Clark’s School of Business in Topeka.  She married Lloyd Nutter on February 14, 1969 in Soldier, Kansas.  Lloyd and Leila raised their two daughters in Seneca.  She worked as a type setter for the Courier Tribune for 43 years.  Leila was an avid reader and was a huge supporter of the Seneca Free Library where she served on the Library Board and attended their book clubs.  She was also a member of the Seneca United Methodist Church.  Leila was well-liked in the Seneca community and will always be remembered as a loving wife, mother, and grandmother as well as a loyal friend.  She cherished her family and looked forward to spending time with them.  She also enjoyed getting together with her friends for tea and sitting on her porch swing to visit and read books.

She was preceded in death by her parents; and her sister-in-law, Cathleen Reed.

Leila is survived by her husband; two daughters, Tracee (Quentin) Davis of Oskaloosa, and Darcee (Mel) Zehm of Hammond, Wisconsin; and five grandchildren, Annika, Luke, Caleb, Jack, and Jacob.  She is also survived by two brothers, Dale Reed of Soldier, and Jerry (Nina) Reed of Soldier as well as her nieces and nephews.

To order memorial trees or send flowers to the family in memory of Leila Nutter, please visit our flower store.