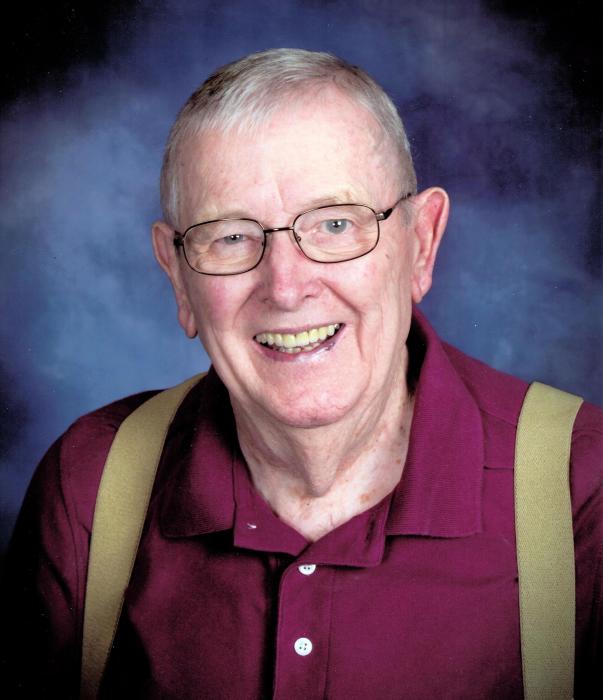 Leon was born February 4, 1934 of Pennsylvania Dutch German heritage, the son of the late Walter and Goldie (Carter) Ball. Leon attended McPherson High School and graduated in 1952. He served in the Korean War from 1954 to 1956 earning the Good Conduct Medal and National Defense Service Medal.

He married Janis M. Wallerstedt on February 24, 1954 and they had three children. Leon and Janis moved from El Dorado, KS to Sabetha in 1967 when he bought Wilbur Haxton’s Beauty and Barber.

Leon was an active member of Immanuel Lutheran Church in Fairview, KS. He will be remembered for his gentle spirit and his integrity and commitment to the community.

Leon was preceded in death by his parents; his wife, Janis (Wallerstedt) Ball; his daughter, Linda Jan; and oldest brother, Eugene Ball.

Memorial services for Leon will be held at 11:00 a.m. on Saturday, January 6, 2018 at Immanuel Lutheran Church in Fairview, KS. Visitation will be from 9:30 to 11:00 a.m. prior to service time at the church. Inurnment will follow the service at the Sabetha Cemetery. Memorial contributions may be made in Leon’s name to Immanuel Lutheran Church, sent in care of Popkess Mortuary, 823 Virginia, Sabetha, KS 66534.

To order memorial trees or send flowers to the family in memory of Leon Ball, please visit our flower store.