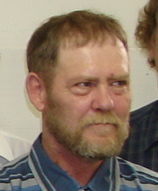 L eon Henry Deters, 57, died on Tuesday, April 29, 2014 at Life Care Center in Seneca.  He was born on April 11, 1957 to Urban Deters and Charlotte (Sperfslage) Deters.  He attended Nemaha Valley Grade School and graduated from Nemaha Valley High School.
He worked many different jobs throughout his life.  He helped on the family farm and cut firewood for many people.  He enjoyed hunting and fishing.

He was preceded in death by his parents and a sister, Lisa Deters.

Memorial contributions may be given for St Augustine Catholic Church and sent in care of Popkess Mortuary in Sabetha, Kansas.

To order memorial trees or send flowers to the family in memory of Leon Deters, please visit our flower store.