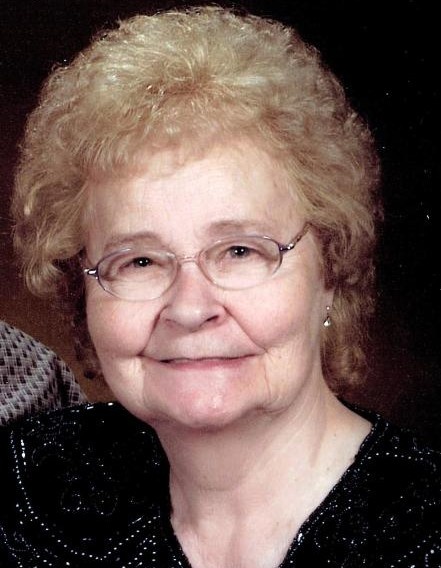 Leona was born east of Kelly, KS on December 13th, 1935 to Herman and Anna (Haverkamp) Boeding. Leona graduated 8th grade from St. Bede’s Catholic School. After her school years, she worked the family farm and helped women in the area during the time of their pregnancies.  Leona also worked in Kansas City at various ice cream and candy shops during her early adult years.

On December 31, 1953 she married Robert Olberding at St. Bede’s Catholic Church in Kelly, Kansas.  When Robert entered the army, they were stationed at Fort Chaffee, Arkansas and then in Fort Lewis, Washington. They enjoyed the army life and made many lifetime friends in which they traveled across the US to visit the rest of their lives. In 1956, they returned to Seneca and for several years ran the Sun Vita Seed test farm east of town.  In 1962 they settled down and purchased a farm south of Corning. Together they ran a Grade A dairy farm and raised their 12 children.  After her children were raised, Leona worked at the Golden Eagle Casino and Seneca Court House where she helped in the processing of documents into microfilms.

In 1995 Robert and Leona purchased the original Olberding homestead west of Seneca where they retired.

Leona was active in the St. Ann’s and St. Patrick’s Altar society, and a member of the American Legion Women’s Auxiliary where she was a past president. She was an avid gardener, impeccable card player, determined bowler, and the greatest maker of coconut cream pies. She enjoyed watching her children and grandchildren play sports.  Besides her family she was most proud of the GED she earned in 1976 and the number of lives she helped save with her donations of blood.

To order memorial trees or send flowers to the family in memory of Leona Olberding, please visit our flower store.