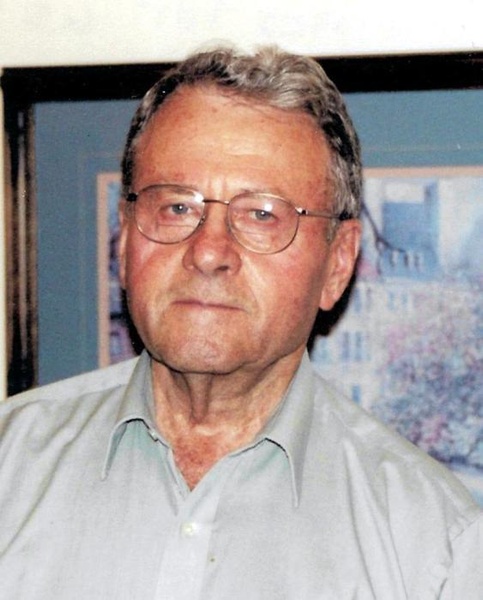 L eonard Samuel Baumgartner was born on December 22, 1926 the son of Louis Baumgartner and Lena (Hanni) Baumgartner, in Pawnee City, Nebraska. He was one of two children born to this union. He attended Prairie Star Country School, and graduated from Bern Rural High School in 1944. Grain and Livestock farming with his dad, and later with his sons was a way of life for many years. He devoted his life to Christ shortly before his marriage to Nancy Jane Hartter on April 8, 1962. Five children were born to this union.

Leonard died on Sunday, January 26, 2020 at the Apostolic Christian Home, being 93 years of age. He was preceded in death by his wife, Nancy of 39 years, daughter and son-in-law, Carmen and Lee Ukele, granddaughters, Marlee Ukele and Natalie Baumgartner, and brother and sister-in-law, Les and Leora Baumgartner.

To order memorial trees or send flowers to the family in memory of Leonard Baumgartner, please visit our flower store.