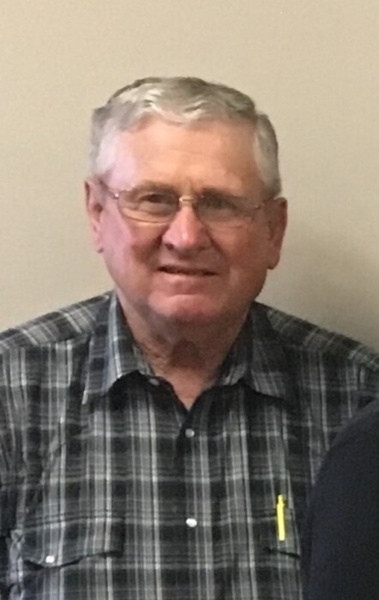 Leroy was born on March 24, 1939, to Leroy Meyer, Sr. and Pearl (Streit) Meyer in Bern, Kansas. He attended Union Grade School and graduated from the Bern High School in 1958.  After high school, Leroy was active in the National Guard and served his country for six years.

Leroy also served many years as a Washington Township Trustee and maintained the local Bern township roads.  In addition, Leroy spent his life as a grain and livestock farmer.  In his later years, he enjoyed watching his grandchildren in their various activities, welding around the farm, fixing anything that didn’t work quite right, and hauling grain from the local elevators to area grain terminals.

Leroy married Helen Ruth Menold on February 24, 1962. They committed their lives to Christ and were baptized in 1974. They would have celebrated 60 years of marriage on February 24, 2022.

Leroy was preceded in death by his parents; and a brother James Meyer.

Leroy is survived by his wife, Helen, of the home; his two sons, Duane (Holly) of Bern, and Jeri (Darcy) of St. George, Kansas; his three brothers, Virgil Meyer of Sabetha, Earl Meyer, and Keith Meyer both of Bern; his two sisters, Rowena Kaster and K’Lynne Gugelman both of Bern; his six grandchildren; and his ten great-grandchildren.

To order memorial trees or send flowers to the family in memory of Leroy Meyer, please visit our flower store.