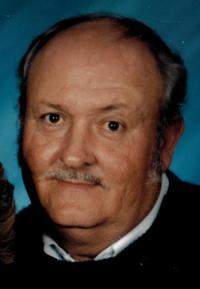 LeRoy was born April 19, 1939 in Seneca, Kansas the son of John and Rose (Habeggar) Sauer.  He attended Sts. Peter and Paul Catholic School in Seneca.  After high school he worked for Jostens in Topeka.  LeRoy was united in marriage to Alice Ronnebaum on February 17, 1958 at Sts. Peter and Paul Catholic Church.  They made their home east of Seneca on the family farm.

LeRoy farmed and worked for NEK-CAP in Horton, KS.  He then went to work for Larry Sextro installing waterlines.  His hobbies included collecting toy tractors and restoring old tractors.  He enjoyed his grandkids most of all and the time he spent with them.

LeRoy was preceded in death by his parents; two grandchildren, Jim Huerter and Michelle Huerter; and his brother, James Sauer.  Survivors include his wife, Alice Sauer of the home; two sons, Bruce Sauer (Cheri) and Mike Sauer (Laura) both of Seneca; two daughters, Robin Uphaus (Dan) and Barb Nordhus (John) both of Seneca; nine grandchildren and nine great-grandchildren.

The family will greet friends Sunday, October 20, 2013 from 3 – 5pm at the Popkess Memorial Chapel in Seneca with recitation of the Rosary at 4:00 pm by Father Arul Carasala.  Memorial contributions may be left to Palliative Care or St. Jude Children’s Research Hospital, sent in care of the funeral home, 814 Castle, Seneca, KS 66538.

To order memorial trees or send flowers to the family in memory of LeRoy Sauer, please visit our flower store.