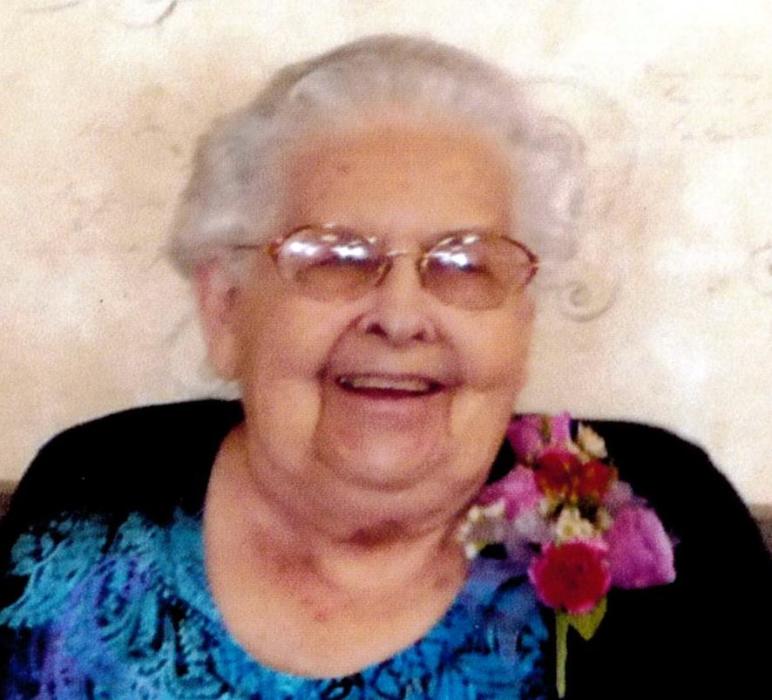 Lola was born May 6, 1927 in Rockport, Missouri, the daughter of Leet and Elsie Pearl (Watkins) Bowden.

She was united in marriage to Eben Estle on April 10, 1944, to this union they were blessed with five sons.  While raising her five boys she found time to attend Highland Community College where she received her Associates Degree in 1968.  Lola then went on to receive her Bachelor’s Degree from Peru State College in 1971.  She attended Emporia State College and obtained her Master’s Degree in 1975.

Lola started the Special Education program at Wetmore School.  She then spent 16 years teaching special education at Jackson Heights High School.  Lola touched the lives of many students not only academically, but personally as well. She enjoyed gardening, canning vegetables and cooking for her family.

Funeral service is Friday, December 11, 2015 at 2:00 p.m. at the Popkess Mortuary in Sabetha. The family will greet friends Thursday evening from 6:00 to 8:00 p.m. at the funeral home.  Interment will be in the Sabetha Cemetery.  Memorial contributions can be made to the Apostolic Christian Home, sent in care of the funeral home, 823 Virginia, Sabetha, KS 66534.

To order memorial trees or send flowers to the family in memory of Lola Estle, please visit our flower store.