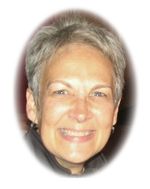 Loretta J. Winchell, 63, Axtell, died Friday, July 20, 2012 at the Methodist Hospital in Omaha, Nebraska, where she had been battling cancer.

Loretta was born October 8, 1948 in Marshall Town, Iowa, to Rev. Richard H. and Jeanette Jaeger Lingard.  She graduated from Pawnee City High School, Pawnee City, Nebraska in 1966 and attended Doane College.  She married her high school sweetheart, Kim K. Winchell, on February 27, 1970.  They moved to Axtell, Kansas in June of 1971 where they remained until her death.  Loretta’s heart and soul belonged to her Lord Jesus Christ and her family whom she devotedly served.

To order memorial trees or send flowers to the family in memory of Loretta Winchell, please visit our flower store.