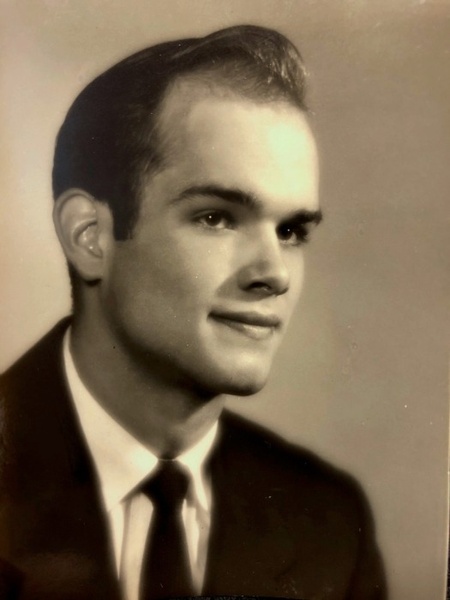 Lynn was born on October 4, 1936 at Sabetha, Kansas the son of Arthur and Marie (Steiner) Kellenberger.  He attended schools at the Albany School and then at Sabetha High School graduating with the class of 1954.  After graduation, Lynn attended Kansas University in Lawrence, Kansas.  He enlisted in the United States Air Force on December 7, 1955 as an A/2C (P).  While stationed in the Air Force, he worked at Martin Marietta, Inc. in Englewood, Colorado.  He was honorably discharged from active military service from Lowry Air Force Base in Denver, Colorado on January 16, 1959.  He enlisted in the Reserves in Kansas City, Missouri on March 22, 1955 and remained in the Reserves until March 21, 1963.

H e was united in marriage to Geri (Noland) Kellenberger on July 20, 1962 in Englewood, Colorado.  Following the death of his father, Arthur Kellenberger, in 1963, Lynn and Geri returned to Sabetha, Kansas and purchased the family farm in 1964.  He loved farming and farmed until his retirement.

In addition to farming, he also worked in the dairy manufacturing business at Mid America Dairymen, Inc. in Sabetha, Kansas which later became known as Dairy Farmers of America and finally IMAC.  But, through all the changes, Lynn remained a dedicated employee in the dairy manufacturing business for over 30 years.  Lynn was also the owner of the A & W restaurant and co-owner of the Sabetha Bowling Alley both in Sabetha, Kansas.  Lynn enjoyed fishing and spending time with his family.

He was preceded in death by his parents; his wife, Geri, on April 9, 2020; and three brothers, Galen Kellenberger during World War II, Leo Kellenberger, and Eugene “Gene” Kellenberger.

Due to Covid 19, mask will be required at Popkess Mortuary.

To order memorial trees or send flowers to the family in memory of Lynn Kellenberger, please visit our flower store.