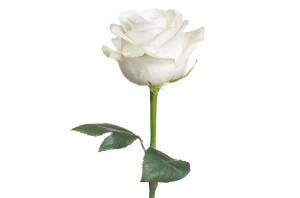 Marjorie was born in Jackson County, Kansas near Circleville. She attended grade school in Circleville and graduated from Mayetta rural high school. She was the oldest of five children all of whom preceded her in death. Marjorie married Carl Songer in 1947. She and Carl were married 51 years and lived in Seattle, Washington, Portland, Oregon, Chicago, Illinois, and Lincoln, Nebraska before moving to Seneca in 1961.

Marjorie and Carl operated Seneca Florist and Greenhouses for more than 30 years. During that time using her artistic abilities with flowers, she helped people in their happiest and saddest times. After retirement she enjoyed needlework, family and traveling with Carl.

Marjorie was loved and will be deeply missed by her family and friends.

She was preceded in death by her husband, Carl; and her daughter, Donna Johnson.

A Celebration of Life service will be held Tuesday, July 3, 2018 at 11:00 a.m. at the Seneca United Methodist Church in Seneca, Kansas. Visitation will be from 10:00 a.m. to 11:00 a.m. prior to service time at the church. Inurnment will be made at the Seneca City Cemetery. Memorial contributions may be made to the Seneca United Methodist Church or Nemaha Valley Community Hospital, sent in care of Popkess Memorial Chapel, 814 Castle, Seneca, KS 66538.

To order memorial trees or send flowers to the family in memory of Marjorie Songer, please visit our flower store.