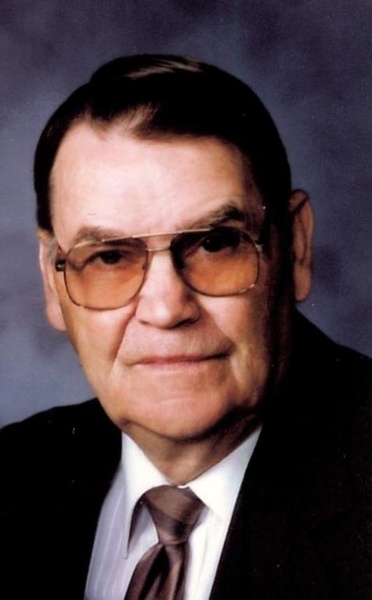 Marvin was born on March 28, 1924 in Oneida, Kansas, the son of Melvin and Edna (Bell) McFall. Marvin attended Woodlawn Grade School and Sabetha High School. He farmed and later worked at Wenger Manufacturing.  He was a member of the Oneida Methodist Church, Sabetha First United Methodist Church, and later attended the NorthRidge Church in Sabetha.

Marvin was united in marriage to Evelyn Margaret Heiniger on June 3, 1945 in Sabetha, Kansas.

He enjoyed fishing, and playing pool with his friends. He also loved playing pinochle, bridge, and pitch. If you visited him in the nursing home, he expected you to play a game of marbles or dominoes.

Marvin was preceded in death by his parents, Melvin and Edna; his step-mother, Kathryn (Thieme) McFall; his infant brother, Robert McFall; his sister, Norine Edelblute; and his grandson, Kevin Toth.

To order memorial trees or send flowers to the family in memory of Marvin McFall, please visit our flower store.