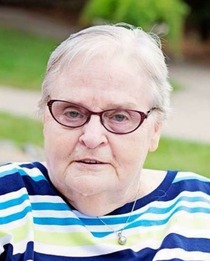 She married Gerald “Jack” Lee Koch on June 9, 1957 in Summerfield, and six children were born to this union. Jack and Mary Ann farmed near Fairview, Kansas until 1962 when they moved to Sabetha, Kansas. Mary Ann dedicated her life to raising her children, and also babysitting her grandchildren. When Jack had a stroke in 1983, Mary Ann took care of him at home for 8 years until he moved in to the Apostolic Christian Home. She then began to work at the Apostolic Christian Home to be close to Jack.

To order memorial trees or send flowers to the family in memory of Mary Koch, please visit our flower store.