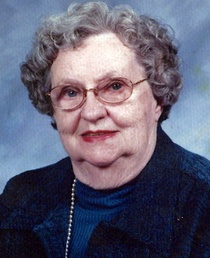 Mary Ann graduated from Bern High School in 1950.  Mary Ann married Albert Dale Brockhoff on April 6, 1958. She was a member of the NorthRidge Church in Sabetha.

A Celebration of Life will be held for family and friends Wednesday, September 2, 2015, from 6:30 to 8:00 p.m. at the Popkess Mortuary in Sabetha, Kansas.  A family graveside service will be held Thursday, September 3, 2015. Memorial contributions may be left to Nemaha County Home Health & Hospice, sent in care of the funeral home, 823 Virginia, Sabetha, KS 66534.

To order memorial trees or send flowers to the family in memory of Mary Brockhoff, please visit our flower store.