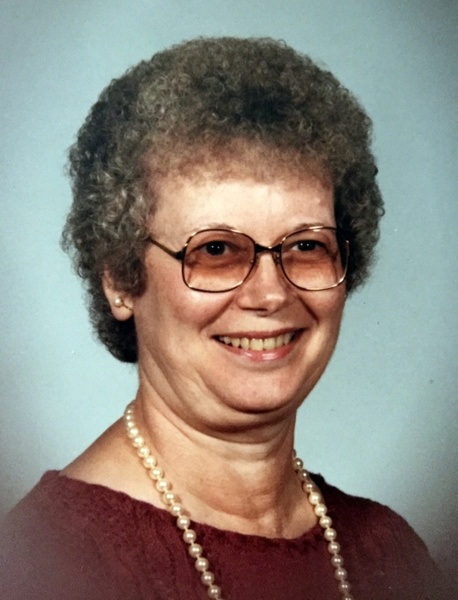 Ruth was born on June 24, 1929 in Onaga, Kansas to Raymond and Mary (Matthews) Landreth and grew up in Axtell, Kansas. She met Charles William Hoskins, a teacher at Axtell High School and married him on June 22, 1952. Shortly thereafter, Ruth and Charles moved to Wichita, Kansas where their two children, Kevin and Pamela were born. The family then moved to San Jose, California in 1968. In 1997, ten years after Charles retired from teaching, Ruth and Charles moved back to Kansas taking up residence in Seneca.

Ruth was a lover of maps and geography and was never without an atlas. She and Charles visited all 48 contiguous states during a three month road trip in 1987. She was a talented seamstress, crocheter and knitter. Ruth enjoyed playing the piano and organ at home and at church. She was an avid basketball fan of both college and the NBA. Ruth was a homemaker and sometimes an office assistant in medical offices.

She was preceded in death by her parents, Raymond and Mary; her husband, Charles; and her brother, Bill Landreth.

To order memorial trees or send flowers to the family in memory of Mary Hoskins, please visit our flower store.