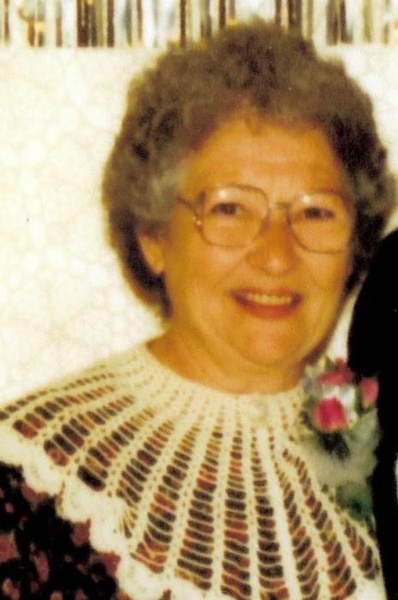 She was born on March 29, 1931 in St. Paul, KS the daughter of Joseph and Anna (Collins) Lero.  She attended St. Francis School in St Paul, KS.  She was united in marriage to William J. Baker on January 15, 1951.  He died on September 17, 1967.  Mary didn’t have any children but God blessed her on January 24, 1962 by giving her a beautiful family of seven children to love, live for and care for in adoption, Patrick James, Mary Catherine, Lawrence Eugene, Marcella Louise, Leo Benedict, Gerald Joseph and Geraldine Ann.   She was united in marriage to Leo H. Jurgensmeier on March 25, 1969.  He died on June 27, 2009.  Mary had nine brothers and sisters, Sister Margaret Lero, Sister Agnes Lero, Anna Eaton, Evelyn Mosier, Clara Rees, Joseph Lero, Norbert Lero, Meryl Lero and Thomas Lero.  She had 75 grandchildren, Great Grandchildren and Great Great Grandchildren.

Mass of Christian Burial will be celebrated on Wednesday, September 6, 2017 at 10:00 a.m. at the St. Augustine Catholic Church in (Fidelity) Sabetha, KS. Visitation will be Tuesday, September 5, 2017 from 6:00 to 7:00 p.m. A rosary will be recited at 7:00 p.m. at the Popkess Mortuary Chapel in Sabetha.  The interment will be made at the St. Augustine Cemetery.  Memorial contributions may be made to the St. Augustine Cemetery upkeep and Masses sent in care of, Popkess Mortuary, 823 Virginia Sabetha, KS  66534.  www.popkessmortuaries.com

To order memorial trees or send flowers to the family in memory of Mary Jurgensmeier, please visit our flower store.