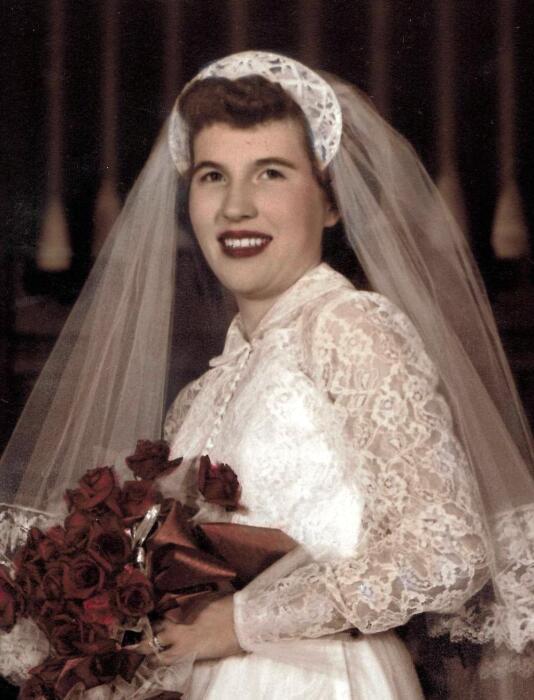 Mavis was born September 30, 1933 to Gottlieb Emil Herman and Neoma Bessie (Wisdom) Eichenberger on a farm south of Sabetha. She was baptized and joined the Congregational Church of Sabetha. She attended two rural schools south of Sabetha, Harmony and Pleasant Hill.  Mavis then attended four years of Sabetha High School, graduating with the class of 1951.  After graduation she attended Clark's Business College in Topeka.

Mavis worked at the Kansas State House in the Department of Education until she married Robert (Bob) Glenn on June 21, 1953 at the Congregational Church in Sabetha.

After she was married she joined her husband Bob, where he was stationed in Lawton, Oklahoma when he served in the United States Army.  Mavis worked as a secretary for the Long Bell Lumber Company.  In 1955, they both returned to Topeka after Bob’s military service.

Mavis and Bob enjoyed many camping trips, and she had a great love for flowers.

Mavis was preceded in death by her parents; and her husband, Bob Glenn.

A Private Burial will be held on Friday, September 25, 2020 at the Sabetha Cemetery in Sabetha, Kansas. Memorial contributions may be made to the Sabetha Community Food Pantry and the Helping Hands Humane Society, sent in care of Popkess Mortuary, 823 Virginia Street, Sabetha, KS 66534.

To order memorial trees or send flowers to the family in memory of Mavis Glenn, please visit our flower store.