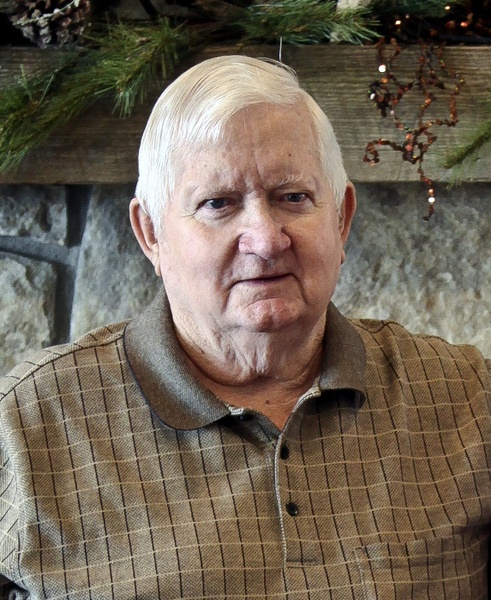 Max was born on November 18, 1936 in Oneida, the son of Lynn and Tresa (Newsham) Allen. He attended grade school in Oneida and graduated from Oneida High School with the class of 1955. As a young man, he traveled among various states working the annual harvest. He began work at Mid-American Dairy, in Sabetha, Kansas after graduation and retired after 43 years of service to the company. During the majority of his time at Mid-Am, he was the foreman of butter production.

He was united in marriage to Ethel P. Halstead on June 26, 1959, in Hiawatha, Kansas. Max was a member of the Oneida Masonic Lodge, an Oneida city councilman and coached many Oneida baseball teams. He enjoyed fishing, going on trips with his wife Ethel and his siblings, watching as many KU sporting events as he could and spending lots of time with his family. He attended countless sporting events for his children and then later his grandchildren. Max was also famous for his chocolate peanut butter fudge which he always made around Christmas.

He was preceded in death by his son, Terry Allen; his daughter, Brenda Allen; his parents; his brothers, Jerry Allen and Vaden Allen; and brother-in-laws, Kendall Hewitt, Lawrence Hartley and Kenneth Halstead.

Memorial service will be held Wednesday, January 16, 2019 at 11:00 a.m. at the Crossroads Wesleyan Church in Sabetha, Kansas. Visitation will be Tuesday, January 15, 2019 from 6:00 p.m. to 8:00 p.m. at Popkess Mortuary in Sabetha. Private inurnment will be made in the Oneida Cemetery at a later date and time. Memorial contributions may be made to the Nemaha County Training Center or the Crossroads Wesleyan Church, sent in care of Popkess Mortuary, 823 Virginia Street, Sabetha, KS 66534.

To order memorial trees or send flowers to the family in memory of Max Allen, please visit our flower store.