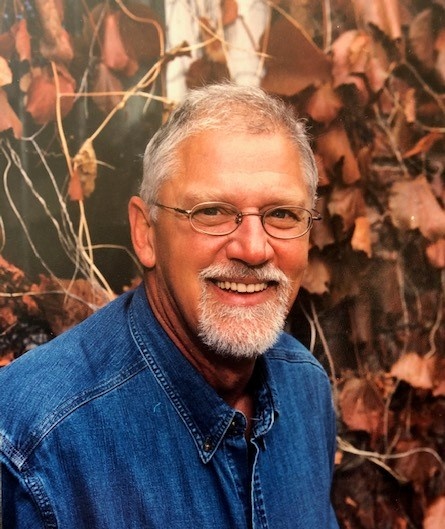 M elvin “Mel” Lee Garner, 71, passed away peacefully at his home in Fairview, Kansas on Thursday, May 20, 2021 after an extended illness.

He was born on May 13, 1950, to parents, Ben and Katherine (Cotton) Garner, in Houston, Texas.  His mother and step-father, Roland “Jack” Bellis moved the family to Westminster, Colorado, when Mel was a young boy.  During his school years, he enjoyed sports, music, and his many friends.  He graduated from Ranum High School with the class of 1969.  During his early adult years, Mel tried his hand at various jobs including construction and drywall work, and then began his machining career at Sunstrand Aviation in Denver, Colorado.

Mel met Cheryl Campbell in Pueblo, Colorado, and they were married in Axtell, Kansas on December 27, 1986.  After their daughter, Lindsey, came into their lives, they wanted to live closer to family, to both enjoy and deepen family ties.  Mel was hired for a machining position with Wenger Manufacturing in Sabetha, Kansas.  So, they moved from Colorado to Fairview, Kansas in July, 1989.  He continued to work at Wenger’s for 13 years until illness forced a change.  He was also employed at Koch & Co. in Seneca, Kansas for a brief time following his employment at Wenger Mfg.

Mel was a strong man with a big heart, hard-working, fun-loving, always with a smile, and more than a hint of mischief.  He was always guaranteed to make you laugh from one of his stories or jokes.  He could, and would, talk to anybody about anything.  Mel was proud, mostly of his family, but also a little bit about himself.  He enjoyed good food, Diet Pepsi, music, watching sports, and playing Xbox.  Throughout the challenges and adventures of life and illness, he continued every day with a positive attitude, determination and humor, always giving his best and never complaining.  He is lovingly remembered and sadly missed.

Preceding Mel in death are his beloved daughter, Lindsey, November 9, 2008; his father; his mother and step-father; his father-in-law and mother-in-law, Carl and Barbara Cain Campbell.

It was Mel’s wish to finish his journey quietly and simply.  To honor and respect his wishes, cremation is planned with a private family service at a later date in the Rosehill Cemetery in Axtell, Kansas.  A memorial book will be available from Wednesday, June 2, 2021 to Friday, June 4, 2021 from 8:00 a.m. to 4:00 p.m. at the Popkess Mortuary in Sabetha, Kansas.  Mel’s friends are asked and encouraged to leave a thought or memory of Mel, or simply to sign his memorial book.  Memorial contributions will be designated at a later date and may be sent to Popkess Mortuary, 823 Virginia Street, Sabetha, Kansas  66534.

To order memorial trees or send flowers to the family in memory of Melvin "Mel" Garner, please visit our flower store.