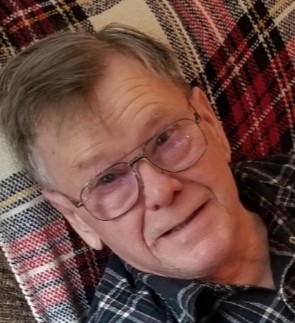 Mike was born on February 12, 1949 at Axtell, Kansas the oldest son of Herman and Oscarine (Johnson) Sunnenberg.  He began his life on a farm south of Baileyville, Kansas and attended Baileyville schools.  When Mike was in the eighth grade, the family moved to a farm north of Axtell.  He graduated from Axtell High School in 1967.  He continued to help his dad farm until he joined the National Guard where he served for several years.

Mike worked for the City of Axtell and also at the Log Cabin service station in Seneca, Kansas.  Then, he began his long time career in tire repair and automotive work at the Nemaha County Coop in Seneca, Kansas where he worked for 37 years before retiring.  After retirement, he worked part time as a custodian at the Sabetha Middle School.  Later, he began a new part time job at Garrett’s Country Mart in Sabetha where he worked until his death.

Mike was a hard worker and enjoyed visiting with people. His job at Sabetha Country Mart gave him the chance to meet and visit with many people.  He always had a smile and a joke to share.  Besides his job at Country Mart, he loved his farm.  He enjoyed tending to his flock of chickens and he always ensured that his animals were well cared for on the farm.

On May 1, 1976, he married Kathryn “Sue” Miller and to this union one son, Skyler Michael Sunnenberg, was born.

Mike was preceded in death by his parents; a brother-in-law, Larry Hageman; and his father-in-law, Charles Miller.

Mike is survived by his wife, Sue, of the home in Sabetha, Kansas; a son, Skyler of Sabetha, Kansas; two grandchildren, John and Adalynn, who he loved very much and who were truly the light of his life; a brother, Bernie (Tami) Sunnenberg of Axtell, Kansas; three sisters, Elaine Hageman of Hoyt, Kansas, Virginia (Don) Nolte of Beattie, Kansas, and Donna (Steve) Fritz of Manhattan, Kansas.

To order memorial trees or send flowers to the family in memory of Michael "Mike" Sunnenberg, please visit our flower store.