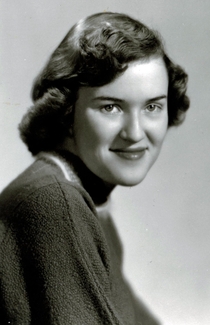 Nelda was born on November 27, 1939 the daughter of Melvin W. Brunner and Utah L. (Wisdom) Brunner in Sabetha, Kansas. She was raised and attended school in Sabetha and graduated from Sabetha High School in 1957.  At the age of 17, shortly after graduation she married Paul Bechtelheimer on June 16, 1957.  Two children were born to this union Terrel Lee in 1958 and Diana Sue in 1960.  She had a passion for art and took some art classes.  She enjoyed painting pictures anything from Winnie the Pooh to landscape.  Her passion then turned to painting plaster craft, one thing lead to another and the next thing you know they were participating in several craft shows.  It lead to be a full time job.  Some of the many shows attended were Florida Strawberry Festival at Plant City, Florida and Covered Bridge Festival in Mansfield, Indiana.  She enjoyed seeing the joy she brought to others through her art.  She and Paul retired after 25 years in 2006.  They then resided in Avon Park, Florida.  In August of 2013 they moved back to Kansas to be closer to their family.

To order memorial trees or send flowers to the family in memory of Nelda Bechtelheimer, please visit our flower store.