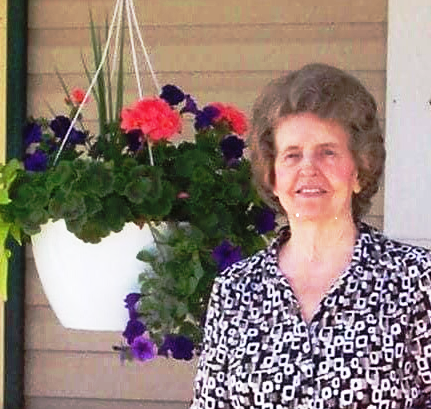 Opal was born on February 22, 1927 near Baileyville, Kansas the daughter of Frank and Eva (Callam) Marteney.  She grew up west of Bern, attended Union School in Nemaha County through the 8th grade, and graduated from Bern High School in 1944.  She then attended Emporia Teacher’s College and taught at the Rock School located north of Seneca, Kansas for three years.

After her marriage, she was employed by the Bern Locker Plant for four years.  In addition, she was bookkeeper for the Bern Oil Company for 20 years.  Also, she was a Paraprofessional for Special Education for 14 years at the Bern Schools.

Opal was preceded in death by her parents; her beloved husband, Bill, on November 8, 2006; her three brothers, Fred, Herbert, and Arthur Marteney; and her son in law, Rick McClain.

Due to Covid 19, masks are required at Popkess Mortuary.

To order memorial trees or send flowers to the family in memory of Opal Gugelman, please visit our flower store.