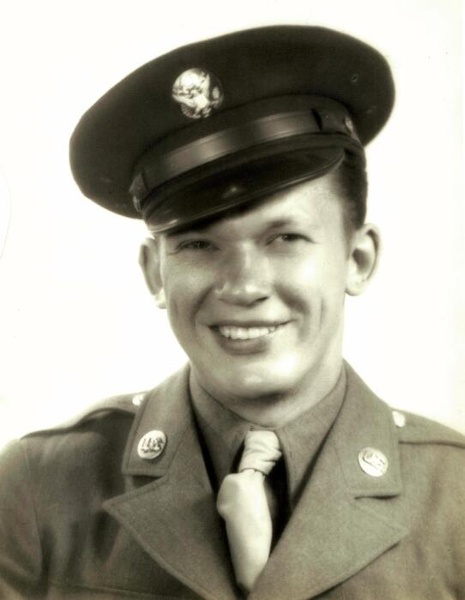 Paul was born on June 26, 1920, in Burlingame, Kansas, the only child of Nathan and Zella (Mitchell) Miller.  Paul graduated from Burlingame High School in 1938.  He was enrolled at Baker University on a track scholarship, but was drafted into the Army Air Force during the Second World War.   Paul completed basic training in Texas, and then was sent to Philippines in the Pacific Theater. Paul married Helen Brackney on June 28, 1941. They had two children.

Following his service, he received his pharmaceutical degree from the University of Southern California.  Paul became owner of the Fountain Drug Store in 1954, remodeling the store, naming it Miller’s Fountain & Pharmacy.  He served the Sabetha Community from 1954 to 1976. He worked as a pharmacist for 50 years.

Paul loved fishing, gardening, and watching sports, especially baseball. He and his wife Helen enjoyed ballroom dancing and playing cards with their friends and family.

Paul was preceded in death by his parents, his wife, Helen in 1987; his grandson, Mike Epple; and son-in-law, Clyde Epple.

A Memorial Service will be held Monday, July 20, 2020 at 7:00 p.m. at the Popkess Mortuary in Sabetha.  The family will greet friends from 6:00 to 7:00 p.m. prior to service time at the funeral home.  Military honors will be conducted by the Sabetha V.F.W. Post # 7285.  Memorial contributions may be made to the Sabetha Community Memorial Fund, sent in care of Popkess Mortuary, 823 Virginia St., Sabetha, KS 66534.

To order memorial trees or send flowers to the family in memory of Paul Miller, please visit our flower store.