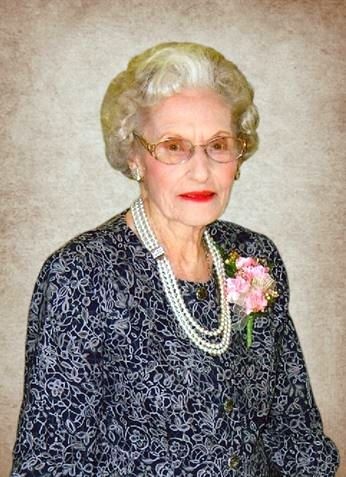 She was born on December 22, 1916 to Robert and Fannie (Hock) Wempe in Seneca, Kansas. She attended school in Seneca and worked on the family farm and dairy business. She was married to Irvin Wisdom on November 26, 1935. They established a home near Bern. In this union were born 3 children: Vonda, Ronald, and Eldon. They moved to a rented farm south of Sabetha, where they lived until the house was destroyed by a fire in December 1949. They then purchased a farm north of Goff, where they lived for 30 years until retiring and moving to Sabetha.

Pauline spent all of her married life as a home maker. She enjoyed gardening and especially flowers of which she had many.  She was also a seamstress, knitter, crocheted, and hand quilted until the age of 90. Her quilts went to many states and 7 to Hawaii with always a waiting list. She quilted for over 80 years. Pauline was also a member of the United Brethren Church in Sabetha.

To order memorial trees or send flowers to the family in memory of Pauline Wisdom, please visit our flower store.