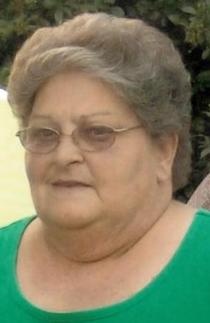 Phyllis was born December 12, 1946 at Fort Bragg, North Carolina, the daughter of James and Elizabeth (Lenhart) Ranallo. They then moved to Wichita, KS where she attended school. She later moved to Wamego, KS and raised her children. She was a homemaker most of the kids life. Later in life she married Keith Harkness and they resided in Axtell, KS. She was employed by Blue Valley Telemarketing until her husband’s illness and death. Phyllis enjoyed many hobbies like shopping, going to auctions, cooking, and spending time with her children and grandchildren.

A memorial service will be held Tuesday, September 23, 2014 at 11:00 a.m. at the Popkess Memorial Chapel in Seneca.  The family will greet friends one hour prior to the service.  Memorial contributions can be made to the Phyllis Harkness Memorial Fund, sent in care of the funeral home, 814 Castle, Seneca, KS 66538.

To order memorial trees or send flowers to the family in memory of Phyllis Harkness, please visit our flower store.