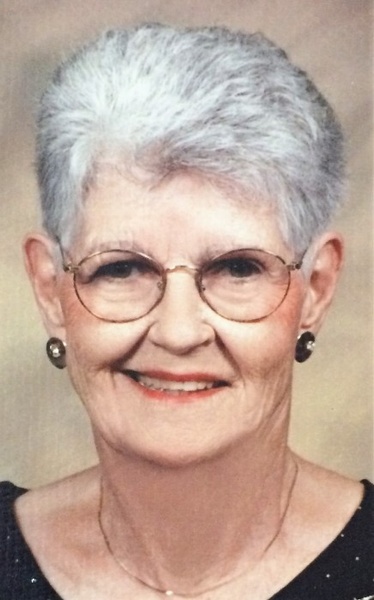 Ramona was born on October 9, 1928, to Garth and Helen (Bestwick) Brinkworth on a farm west of Woodlawn along with her twin sister, Leona Lukert, who survives. She attended Pleasant View County School and graduated from Sabetha High School in 1946. On May 25, 1946 she was united in marriage to Kenneth Breeden at Camp Lee, VA. After returning to Sabetha in 1947, she worked at Darville’s Drug Store, Roberts Construction Company, and Dr. John Stone’s dental office.

To this union a daughter, Connie, was born. In 1960 the family moved to Valley, NE, where they leased a service station from Woerner Oil Company. In 1966, Ramona started working at the Bank of Valley. In 1974, she and Ken moved back to Sabetha where she was employed at Wenger Manufacturing until she retired in the late 80’s.

She enjoyed cooking for her daughter’s MS support group which met each month and enjoyed attending “Red Hat” outings with friends. She was the first to admit she wasn’t a very good golfer, but loved being with friends and could forget the cares of the day while on the golf course. Ramona was an avid card player, and spent several days a week playing various card games with family and friends.

Ramona and Leona relished their roles as identical twin sisters, and for most of their 90 years together embraced their dual identity by dressing alike much to the consternation of even close friends who sometimes had trouble telling them apart. In her last month’s one of Ramona’s greatest concerns was how Leona would adjust to the loss of the bond that only identical twins experiences.

She is survived by her sister; and several nieces and nephews.

Funeral service will be held Wednesday, January 9, 2019 at 10:30 a.m. at the NorthRidge Church in Sabetha.  The family will receive friends one hour prior to service at the church. Interment will be made in the Sabetha Cemetery.  Memorial contributions may be left to the Nemaha County Home Health & Hospice or the Sabetha Community Hospital, sent in care of Popkess Mortuary, 823 Virginia St., Sabetha, KS 66534.

To order memorial trees or send flowers to the family in memory of Ramona Breeden, please visit our flower store.