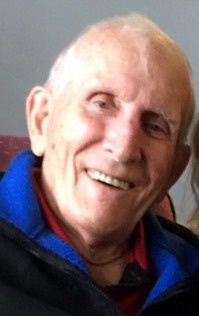 Dave was born October 11, 1931 to Peter and Marion (Edwards) Manning in Manistee, MI. He was raised on the family farm south of Empire, MI. In 1950, he graduated from Empire High School. That fall he moved to Grand Rapids, MI where he was employed at the Grand Rapids Bedding Co. It was while he lived in Grand Rapids that he would meet the love of his life, Ruth Visser. They were married on September 18, 1953, and to this union blessed with six children.

Dave held many jobs throughout his lifetime. While in Grand Rapids, he worked for General Motors, then the Grand Rapids Fire Department for three years. He then started D&R House Moving in 1961, becoming a full time house mover. This job would later take him to Wabash, IN. Dave and his family would join and become active members of the College Corner First Brethren Church.  It was there he felt the call from God to become a minister. After selling his moving business, he took over his first role as a pastor in Udell, IA at the Udell First Brethren Church and ministered there for four years. He then became pastor of Falls City First Brethren Church along with Morrill First Brethren Church in Morrill, KS for two years. Later he would become the full time minister in Morrill for another eight years. Dave spent ten years at Friedensburg Bible Church in Avon, SD before retiring in 1996. Dave enjoyed spending time with his family, and attended many sporting events and also his grandkids and great grandkids activities. He loved to go hunting, especially coon hunting with his sons and also raising his bluetick coon hounds. He also enjoyed camping and spent several winters with Ruth camping at Alamo, TX where he served as a camp ground minister. Dave thanked God every morning for the new day he was given, and would pray for the opportunity to speak to someone of God’s great love. He would ask anyone he met, ‘How is your walk with God? Do you know Christ as your Savior?’

Dave was preceded in death by his parents; two sisters, Joan Bolton and Marjorie Frazine; his in-laws, Alfred and Rena Visser; one son, Thomas Manning; a great-grandson, Max Scott Manning.

Funeral service will be Thursday, February 23, 2017 at 10:30 a.m. at the Popkess Mortuary Chapel in Sabetha. Visitation will be Wednesday, February 22, 2017 from 6:00 to 8:00 p.m. at the funeral home. Inurnment will be made at the Morrill Cemetery. Memorial contributions may be made to Outstretched Arms Ministries and Gideon’s International, sent in care of Popkess Mortuary, 823 Virginia, Sabetha, KS 66534.

To order memorial trees or send flowers to the family in memory of Reverend David Manning, Sr., please visit our flower store.