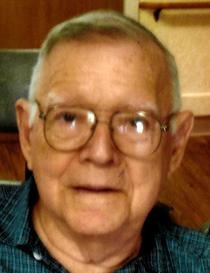 On June 2, 1968, Richard married the love of his life, Julia Williamson.  To this union were born two sons, Alex Dawdy and Ted Dawdy.

During his life time Richard shared his love of working with wood with others, as an industrial arts teacher.  He then worked at Wenger’s Manufacturing.

He worked as a dispatcher at the Nemaha County Sheriff’s Department for a short period of time before going to work at Landoll Manufacturing as project engineer.
Richard’s love for the Lord was evident as he sang at churches around the area and many times you would find him in a nursing home singing praises to God in concert and sharing this love with the residents.  If asked what his favorite thing to do was he would likely say sharing God’s love in song.  Richard wrote some of his own songs.

Richard enjoyed playing games with his grandchildren and used his talent with his carpentry tools to make games for the children.

Richard was preceded in death by his parents; a brother, Robert Dawdy.  He is survived by his wife, Julia of the home in Sabetha; two sons, Alex Dawdy of Sabetha and Ted Dawdy of Manhattan; a sister, Shirley Russell of Perry and 4 grandchildren, Cullin Dawdy and Blaine Dawdy both of Sabetha, Parker Dawdy and Piper Dawdy of Manhattan and several nieces and nephews.

To order memorial trees or send flowers to the family in memory of Richard Dawdy, please visit our flower store.