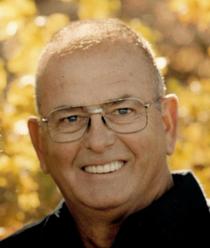 He was married to Bertha Cain on June 3, 1958 in Center, Texas.  Richard was a twenty year veteran of the United States Air Force and was stationed in many different places.  Shortly after marriage Bertha and Richard moved to Shreveport, LA and lived there until 1962.  From there they were stationed in Yokota, Japan from 1962 until 1965.  In 1965 they returned to the states to be stationed in San Antonio, TX from 1965 until 1967.  The family lived in Seneca, KS while Richard was in the Philippines between 1967 and 1968 and then was sent to The Island Okinawa in the Pacific Ocean from 1968 until 1971.  They returned to the states again and were sent to Forbes Air Force Base in Topeka, KS and were there for one year.  Then in 1972 they moved to Osage City, KS and lived there one year while Richard was stationed at Utapao, Air Force Base Thailand.  Richard finished his career in the Air Force at the Travis Air Force Base in Fairfield, CA and was stationed there from 1973 until 1976 when they returned home to Axtell where they made their home.

After retiring from the Air Force, Richard was a mechanic at Carl’s 66 Station in Axtell about a year.  He opened Seneca Muffler Shop in Seneca, KS for one year. Then he went back to Carl’s 66 Station.  In 1980 he began trucking for Koch Truck Line.  He drove later for other trucking companies until he retired in 2002.  He also farmed northeast of Oketo.

He enjoyed his retirement years with family and friends.  He took pride working in his garden, baking, and rebuilding his 1953 Jubilee Tractor. Richard was an active member of the Axtell American Legion Post #214.

He is preceded in death by his parents, Clarence and Esther Ford and his wife, Bertha (Cain) Ford.

Funeral service is Thursday, March 5, 2015 at 10:00 a.m. at the Popkess Memorial Chapel in Seneca, KS.  Reverend Robert Boyle will conduct services.  Burial will be in the Rose Hill Cemetery, Axtell, KS. Military honors will be conducted by the Offutt Air Force Honor Guard.  Honorary casket bearers are Cody Ford, Jacob Ford, Jesse Ford, Stephen Severin, and Suzanne Nolte.  The family will greet friends Wednesday evening from 6-8 p.m. at the Popkess Memorial Chapel in Seneca, KS. A memorial has not yet been designated, but currently is being left to the Richard Ford Memorial Fund.  A specific charity will be named at a later date.

To order memorial trees or send flowers to the family in memory of Richard Ford, please visit our flower store.