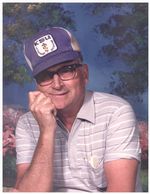 He was born south of Vermillion on a farm to John Wesley Lee and Mayme Marie Marcy Lee on September 24, 1926. He attended local schools and graduated from Vermillion High School in 1944. Following graduation he entered the US Army in March of 1945. Robert served overseas in the Philippines with the 4025th Signal Service Group. He was awarded the Asiatic Pacific Campaign medal, the World War II Victory medal and the Philippine Independence Ribbon. He was honorably discharged on December 15, 1946.

Upon returning from his military service Robert married Rosalie (Timmy) Kuder in Paola, KS on May 26, 1947. Robert and Timmy farmed near Vermillion for several years. He later went to work for the City of Vermillion, and over the years the Ford Dealership in Frankfort as a mechanic, Sheffeld Steel in Kansas City , Marshall County and then for Georgia Pacific at Blue Rapids where he worked 30 years as a equipment operator in the gypsum mine.

He was preceded in death by his parents, two brothers, Calvin and Clyde D. Lee.

He is survived by his wife, Rosalie (Timmy) Lee of the home in Vermillion, two sons, Ron Lee and wife Vicki of Hoyt, KS, and Robert E. Lee and wife, Savina of Gladstone, MO; two daughters Janet Cornelison and husband Jim of Vermillion, KS and Joy Ensley and husband, Steve of Ames, Iowa; two brothers Lyle Lee of Topeka, KS and Art Lee of Wichita, KS; eleven grandchildren and 18 great and children.

Bob's main goal in life was to provide a stable foundation built in love for his family. He devoted all of his free time to any endeavor that his wife and children were involved in and as he matured, towards his grandchildren and eventually his great-grandchildren. He was devoted to his family and his community, always placing family first.

There was a visitation from 6-8 PM at the Vermillion Christian Church on Wednesday evening.

Memorials are being left to the Vermillion School for refurbishing the gym or the Onaga Community Hospital.

To order memorial trees or send flowers to the family in memory of Robert Lee, please visit our flower store.