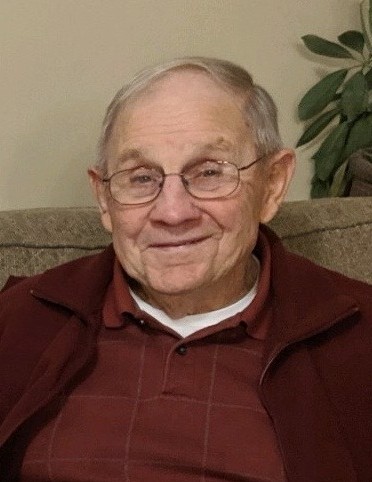 R obert Abraham Meyer was born February 26, 1935 to Eli Meyer, Sr. and Emma (Edelman) Meyer.  He was born in the Meyer home built by his grandfather, Abraham Meyer.

Robert’s early years were spent on the family farm near Bern.  In the late 1950s, Robert served his country as a medic in the US Army.  Upon returning home, he began his farming and livestock career on the family farm.   Robert’s contributions to the Bern community include being involved with the founding of Nemaha Rural Water District #1 in the 1960s.   He served on the Board for many years and in semi-retirement from farming, he became Well Systems Manager, a role he held for 22 years.  In recognition, he was awarded Operator of the Year in 1989. Enjoying woodworking, Robert spent many of his retirement years in his woodshop crafting beautiful pieces of furniture his family treasures greatly!

Robert married Janet Kay Nelson at the Nelson family church in Neola, Iowa on April 12, 1964.  Committing their lives to Jesus Christ, they were baptized in 1974.  Robert and Janet were blessed with five children.

To order memorial trees or send flowers to the family in memory of Robert Meyer, please visit our flower store.