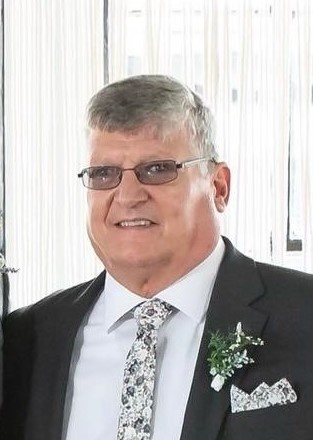 R obin "Rob" David Ranieri, 66, of Seneca, Kansas, for nearly forty-seven years, beloved father, father-in-law, and grandfather, passed away peacefully in his sleep on May 30, 2021.

Robin Ranieri was born in San Jose, California on December 10, 1954 and moved to Black Eagle, Montana as a child.  Then, Robin was a high school graduate of Maur Hill - Mount Academy in Atchison, Kansas.  Robin worked a number of jobs including building agricultural silos, at CR industries, painting oil rigs off the coast of Texas, and at Wolfe's Camera Shop in Topeka.  He attended St. Thomas Seminary in Denver, Colorado.  Robin married Janet Olberding on August 6, 1977 in St. Benedict.  They welcomed their first son, Jerett, into the world the following year.

The couple worked as photographers in Northeast Kansas and captured special moments for nearly forty years, and won numerous photography awards in the Tri-State Area while running multiple one-hour photo labs.  He was continuously a hard-worker, and also started the Seneca Main Street Drive-In with his brother, Ramon.  Robin and Janet went on to have three more sons, Stefan, Dylan, and Tanner.

Robin was known as the life of the party, boisterous, and could talk to anyone who would listen.  People always knew he was in attendance at events by his unique laughter.  He was gregarious and friendly to everyone, bringing smiles to all of those around him.  Robin spent his final years as a loving father to his sons, spending time with friends on morning walks, enjoying being a grandfather, and attending sports games of his three grandchildren.

His memorial visitation will be held from 5:00 to 7:00 p.m. on Wednesday, June 2, 2021 at the Popkess Memorial Chapel in Seneca, Kansas with a rosary prayed at 6:00 p.m. There will be a graveside service at Mount Olivet Cemetery in Great Falls, Montana.  His ashes will be buried next to his sister and parents.  In lieu of flowers, donations may be sent in his memory to Saints Peter & Paul Schools sent in care of Popkess Memorial Chapel, 814 Castle, Seneca, Kansas  66538.

To order memorial trees or send flowers to the family in memory of Robin "Rob" Ranieri, please visit our flower store.