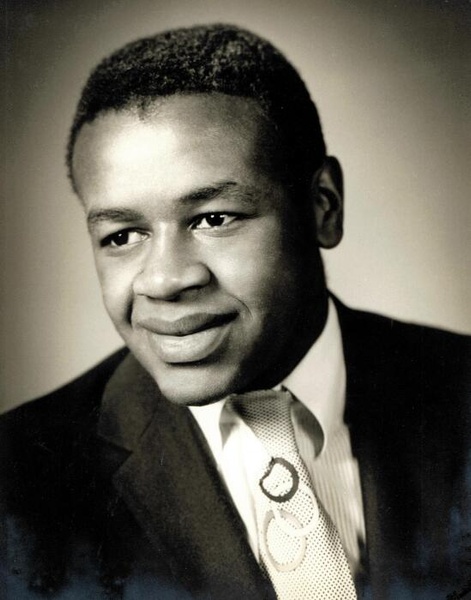 R onald “Ron” Kenneth Brooks, Sr., 79, of Sabetha, Kansas took the hand of God when He said “come with me” on Wednesday, December 2, 2020 at the Apostolic Christian Home in Sabetha.

Ron was born on March 30, 1941, the son of John and Lela (Ellington) Brooks in Sabetha, Kansas at the Sabetha Community Hospital.  Ronald attended Sabetha Elementary School, Sabetha Middle School, and graduated from Sabetha High School.  He attended Highland Community College where he ran track and graduated with an Associate’s Degree.

In 1963, Ron was united in marriage to Clarice Graham of Plattsburg, Missouri.  Ron and Clarice celebrated a good life for over 55 years together.  Ron worked for Rockwell in Atchison, Kansas.  He then worked at Wenger Manufacturing where he retired after over 30 years of service.  Ron also served as the Parks/Recreation Commissioner for 24 years for the City of Sabetha. He was very active in the Sabetha community.  Ron coached American Legion baseball, girls’ softball, and various other sports.  Ron enjoyed umpiring baseball and softball games which he did for many years.  Ron was also very active in the Sabetha Alumni where he served as President and a supporter of the Sabetha Booster Club.  In addition, Ron served on the Sabetha Auxiliary Police Department.

Ron loved to visit and talk to everyone no one was a stranger to him.  He could connect with anyone and always had a pleasant attitude toward people.  He enjoyed fishing, playing golf, and attending his children and grandchildren many activities.

Ron was preceded in death by his parents; his daughter, Ronna Kay Brooks; and his brother, Keith Brooks.

A Private Family Service will be held Wednesday, December 9, 2020 at the Popkess Mortuary Chapel in Sabetha. Inurnment will be made at the Sabetha Cemetery at a later date.  Memorial contributions may be made to the Alzheimer’s Association, sent in care of Popkess Mortuary, 823 Virginia Street, Sabetha, Kansas 66534.

To order memorial trees or send flowers to the family in memory of Ronald "Ron" Brooks, please visit our flower store.