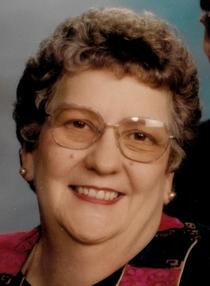 R osa Lou (Dean) Norwood, a wonderful wife, mother and special Southern Belle went to be with the Lord on Friday, December 13, 2013, surrounded by her loving family at home. Rosa Lou was born on March 21, 1941 in Crockett Mills, Tennessee, a real life southern lady.  Graduating from Hamlett Robertson High School in Crockett Mills, she then attended the University of Tennessee Martin, where she was a Zeta Tau Alpha.  While attending the Kansas City Art Institute in Kansas City MO, where she graduated with a degree in Interior Design, she met Fenton Gene Norwood. They were married at the First Christian Church in Crocket Mills, on June 26, 1965.  Rosa Lou was a daughter, sister, aunt, mother, grandmother, and great-grandmother.  A homemaker most of her life, she was a teacher and worked part-time at the local grocery store.  She was also a member of the Axtell United Methodist Church, the United Methodist Women’s Group, she served as an EMT for the Axtell community for 10 years, was a member of the Kansas Electrical Cooperatives Ladies Auxiliary, and she also served as their President for two years.  She was a huge supporter for many years of the Axtell High School Eagles cheering on her children’s teams and activities.

Family will share memories on Tuesday, December 17, 2013 at the Landreth-Popkess Funeral Home in Axtell from 5-8 p.m.  A celebration of her life will take place Wednesday, December 18, 2013 at 10:00 a.m. at the Axtell United Methodist Church followed by internment at the Rose Hill Cemetery.  Family would like to invite all extended family and friends to wear pink, pink ribbons or something special in pink to honor Rosa Lou’s 13 year battle with breast cancer.  The family is requesting donations to the Axtell Ambulance and Emergency Services Fund, donations may be sent to the City of Axtell, 306 Maple Street, c/o Rosa Lou Norwood Ambulance Fund, Axtell, KS 66403.  The family would also like to extend thanks and appreciation for the assistance, love and support to the Cotton-O’Neil Cancer Center, Dr. Edwin Petrik, Community Memorial Hospital, Dr. Randall Brown and the staff of Hospice.

To order memorial trees or send flowers to the family in memory of Rosa Norwood, please visit our flower store.