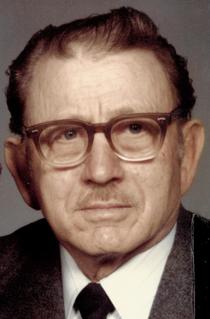 Samuel Andrew Matthews, 96, of Centralia, Kansas died Thursday, February 13, 2014 at the Holton Community Hospital.  Samuel was born on August 6, 1917 in Conover, North Carolina.  He was the eighth child of nine born to Marcus and Lovie (Holler) Matthews.  As a young teenager Sam joined the C.C.C. (Civilian Conservation Corps) in Hot Springs, North Carolina.  He was assigned to the Forestry Department and fought fires on the Blue Ridge Mountains.  At the age of 17 Sam enlisted in the United States Army at Ft. Moultrie, South Carolina.  He sailed by way of New York to Panama and was quarantined for spinal meningitis for six months.  When the quarantine was lifted Sam sailed on the U.S. Republic and was quarantined again for approximately 30 days for scarlet fever. He was assigned to the 7th Cavalry at Vancouver Barracks, Fort Lewis Washington, where he spent four years.  He then went to Pearl Harbor, Hawaii where he was on duty at the time of the Japanese attack.  He saw duty in the South Pacific and the European Theater.  Sam received the Purple Heart for injuries received in Germany.  Between enlistments Sam was high lineman for Southern Railroad in North Carolina.  Sam retired from the U.S. Army in 1957 and made his home in Centralia. Sam was custodian for the First National Bank of Centralia from 1973 to 1993.  Sam loved to garden and one of his greatest pleasures was sharing vegetables with friends and neighbors.

Sam was a member of the American Legion, V.F.W. and the Pearl Harbor Survivors Association.  He was united in marriage to Leota Yarger in 1943.

He was preceded in death by his parents; his wife, Leota; three sisters and three brothers.   He is survived by one son, Allan and wife Ann, Netawaka, Kansas; one brother, Verlie Matthews and wife Betty of Newton, North Carolina; one sister, Eleanor Pharr of Conover, North Carolina; one grandson, Sidney Matthews of Fontana, Kansas and two great grandsons.

To order memorial trees or send flowers to the family in memory of Samuel Matthews, please visit our flower store.