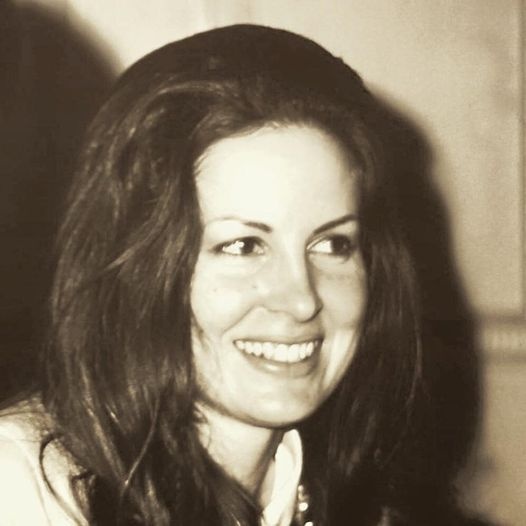 Shari Ann Bailey Kemp of Sabetha, Kansas passed away on January 2, 2022 at the Sabetha Community Hospital after a brief and unexpected battle with cardiorenal syndrome and pneumonia.

Shari and Larry moved to Washington, D.C., in 1960.  Shari had a varied career, working as a runway model, a modeling teacher, and a stenographer at the Department of Interior and the Navy Department’s Bureau of Naval Weapons and Special Projects. It was there she met William Kemp. They were married on July 22, 1962, in Sabetha. In 1964, their daughter, Kimberly, was born.  Shari was a devoted mom, volunteering at her daughter’s schools, hosting festive parties for birthdays and holidays, and taking care of a menagerie of pets.  She also took numerous art classes and volunteered for her neighborhood civic association, helping to host spring garden tours and Halloween haunted houses. The Kemps resided in Falls Church, Virginia, until they moved to Sabetha in 1979.  After losing her husband in 1984, Shari found a new path for her life as the secretary at Sabetha High.  Her compassion for the students and staff impacted many lives and gave her a second family whom she adored.  Shari married Phil Moser in July 1997.  He survives.

Shari was preceded in death by her parents; her brother, Larry; and her first husband, William Kemp.  In addition to her second husband, Phil, Shari is survived by her daughter, Kimberly Kemp Watkins and husband Bill; her two grandchildren William Watkins, Jr. and Jordan Marney and husband John; her two great-grandchildren, Harper and Piper; her sister-in-law, Linda Bailey; nieces, nephews, cousins, and other dear family members.

Shari loved her friends and family immensely and went out of her way to make them feel cherished and appreciated.  She created many special moments for her daughter growing up and later for her grandchildren.  Time spent in Florida with her kids and grandkids gave each of them great joy and many sweet memories.  Her years in PEO and the Red Hat Society filled her life with happiness, and cherished fun-filled times with dear friends.  Shari Kemp brought wonder and beauty into the world, and we are blessed for having had her in our lives.

Graveside service and inurnment were held on Friday, May 13, 2022 at the Sabetha Cemetery.

To order memorial trees or send flowers to the family in memory of Shari Ann Bailey Kemp, please visit our flower store.