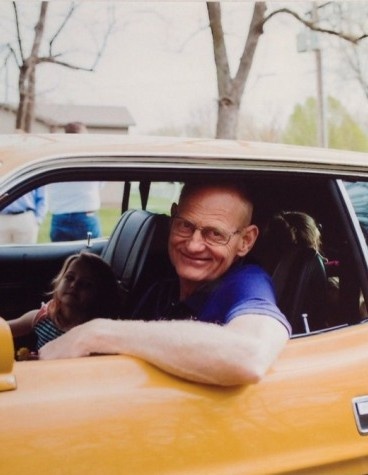 Tom was born August 14, 1955 in Axtell, Kansas to Sylvester J. and Genevieve (Schmitz) Nolte.  Tom grew up on the family farm southwest of Baileyville, Kansas and attended school in St. Benedict, Kansas, then later graduated from Baileyville High School with the class of 1973.  On April 16, 1977, he was united in marriage to Carol Runnebaum in Axtell, Kansas.  To this union were born two sons, Joseph Thomas and Justin Michael, and they also hosted a foreign exchange student, Ceci Laui.

Tom was a man of many talents, which showed in his work at his business, Tom’s Radiator Service. He could fix just about anything and made many a friend in the process.  Tom loved to visit with everyone and never knew a stranger.  Tom, along with family and friends, built all the buildings for Tom and Carol’s Westside Storage business.

Along with running his businesses, Tom spent 35 years dedicating his services to the Sabetha Fire Department. He spent countless birthdays, anniversaries, school, and family functions serving his community and friends. Tom was a strong supporter of the Boy Scouts of America where he spent years as a leader for Troop 77 in Sabetha.

Tom loved his cars and was especially proud of his 1973 Mach 1 Mustang.  He always had a project that he was working on, with many more that he still wanted to do.  That love for cars also led to helping other car enthusiasts all over the country and he would repair the unrepairable. Tom was also a member of the Sabetha Twisters Car Club for many years.

Tom was a member of Sacred Heart Catholic Church in Sabetha, where he was also a member of the Knights of Columbus.  He was a lector at mass, spent many hours maintaining the church, and helped complete many projects around the church grounds.

Survivors include his wife, Carol of the home in Sabetha, Kansas; his two sons, Joseph (Nicole) of Washington, Illinois and Justin (Mindy) of Morton, Illinois;  his six grandchildren, Eric, Jack, Mariah, Jessa, Leo, and Kiersten Nolte; and his one step granddaughter, Celeste Anderson; his three brothers, Dan (Cindy) of Burrton, Kansas, Don (Virginia) of Beattie, Kansas, Jerry Nolte of Seneca, Kansas; his two sisters Caroline (Bill) Kramer of Axtell, Kansas, Melanie Lierz of St. Benedict, Kansas; as well as many nieces and nephews; and many friends.

“God Bless the Craftsman, for only he knows what he did and only others will wonder.”

A Mass of Christian Burial will be celebrated on Wednesday, January 13, 2021 at Sacred Heart Catholic Church at 2:00 p.m. in Sabetha, Kansas.  Recitation of rosary will be held at 1:30 p.m. prior to service time at the church.  Public viewing will be held on Tuesday, January 12, 2021, from 8:00 a.m. to 5:00 p.m.  Interment will be made at the Albany Cemetery. Memorial contributions may be made to the Sabetha Caring Neighbors Cancer Fund, Sabetha Fire Department, and Nemaha County Home Health and Hospice and sent in care of Popkess Mortuary, 823 Virginia Street, Sabetha, Kansas  66534.

The funeral will be lived streamed via Facebook on the "NE Kansas Catholics" page.

To order memorial trees or send flowers to the family in memory of Tom Nolte, please visit our flower store.