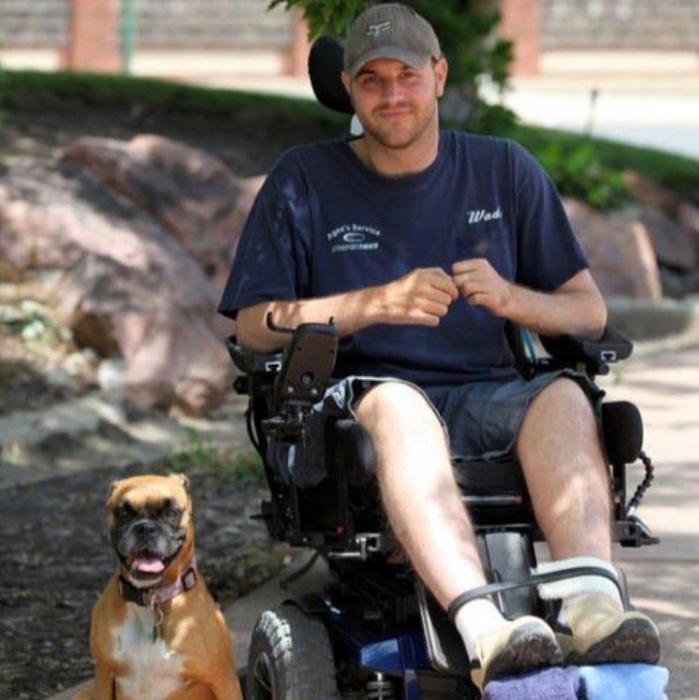 Wade was born on March 24, 1983 in Sabetha, Kansas to Jeff Moore and Debbie (Agee) Painter. He graduated from Sabetha High School in 2001. Wade then attended Beloit Technical School and graduated with an Auto Tech degree. After graduating he began to work for the family business, Agee’s Service in Sabetha. He also served on the Sabetha Fire Department. He enjoyed spending time with his family, friends, and his beloved dog, Maggie. His pride and joys were his nieces and nephews.

He was preceded in death by his grandparents, John “Jack” and Barbara Moore, and Lloyd Agee.

Funeral service will be held Saturday, July 23, 2016 at 9:00 a.m. at the NorthRidge Church in Sabetha. Visitation will be Friday, July 22, 2016 from 6:00 to 8:00 p.m. at the NorthRidge Church. In lieu of flowers, please consider one of the following memorials: Sabetha Fire Department and Sabetha Community Hospital, sent in care of Popkess Mortuary, 823 Virginia, Sabetha, KS 66534.

To order memorial trees or send flowers to the family in memory of Wade Moore, please visit our flower store.