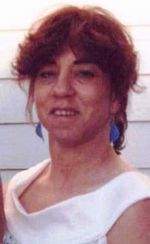 Wanda was born August 5, 1946 the daughter of Warren and Doris Voight Lee at Engleside, TX one of four children. She married Leslie Craven and he preceded her in death in 1978. She later married Robert B. Alfers at Marysville, KS he survives of the home in Axtell.

Wanda and Bob owned and operated since 1998 Wanda's Candles in Axtell, KS.

Wanda was a member of the United Methodist Church in Axtell.

She is survived by a son, Warren Craven of Claremore, OK, a stepson, Robert Alfers, of Tulsa, OK; three daughters, Leslie Holle and Debbie Foust both of Marysville, KS and Julie Tillery of Beattie, KS, a step daughter Keri Baze of Catoosa, OK; two sisters Betty Lee of San Antonio, TX and Eva Lee of Pipe Creek, TX; nine grandchildren and 2 great grandchildren. She is preceded in death by her parents, and a brother Eddie Lee.

Funeral services will be Saturday, June 19, 2010 at 10:00 Am at the United Methodist Church in Axtell, KS. Burial will be in the Rose Hill Cemetery, Axtell, KS. Mrs. Alfers will lie in state all day Friday at the Landreth-Popkess Funeral Home. Memorials are being left to the United Methodist Church in Axtell, to be used for the Elevator project, and may be sent in care of the Landreth-Popkess Funeral Home, Axtell, KS.

To order memorial trees or send flowers to the family in memory of Wanda Alfers, please visit our flower store.