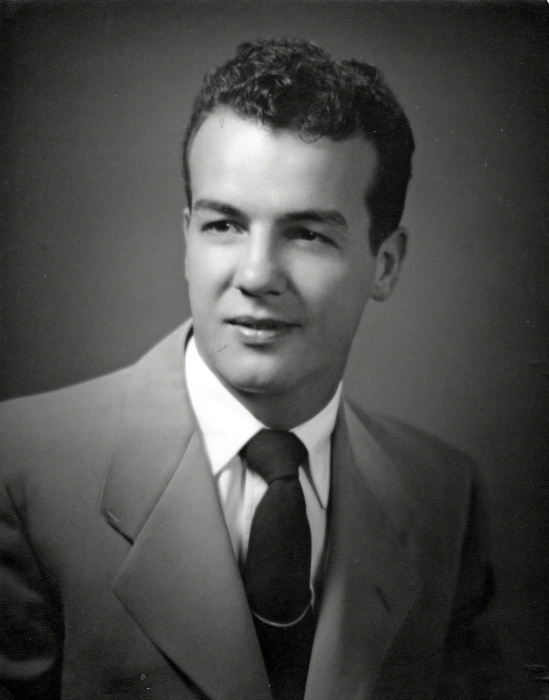 Wayne was born to William and Helen (Prokop) Heiniger on July 17, 1930 in Seneca, KS. Wayne graduated from Seneca High School, received a BS Degree in Civil Engineering from Kansas State University and Master of Science in Civil Engineering from Oklahoma A&M University. He was an officer of the U.S. Air Force and was stationed in Alaska in 1953. Wayne worked as a Civil Engineer for four years, and then returned to farm near Seneca. In 1969, he moved the family farm to Fairview where he recently retired.

Following a marriage to Diana Smith, Wayne married Jeanette Dyer on September 14, 1957. She preceded him in death on March 23, 2008 after 50 years of marriage. He was a member of the Seneca Masonic Lodge, Powhattan United Methodist Church, and served on the Brown County Co-op board of directors. Wayne enjoyed flying his airplane.

Wayne is preceded in death by his parents and three brothers, Wilfred, Kenneth, and Keith Heiniger.

Funeral services will be Saturday, June 24, 2017 at 10:00 a.m. at the Popkess Mortuary Chapel in Sabetha. Visitation will be Friday, June 23, 2017 from 6:00-8:00 p.m. at the funeral home. Interment will be made at the Powhattan Cemetery. Memorial contributions may be made to the Powhattan United Methodist Church, sent in care of the funeral home, 823 Virginia, Sabetha, KS 66534.

To order memorial trees or send flowers to the family in memory of Wayne Heiniger, please visit our flower store.