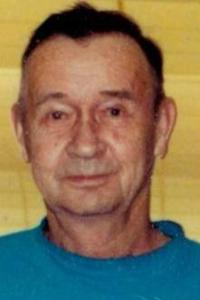 He was born on the farm east of Kelly, November 19, 1927, to Herman and Anna (Haverkamp) Boeding.  He attended St. Bede's School and graduated from high school in 1945.  He was a farmer and cared for his mother Anna until her death in 1989.

Survivors include one sister, Leona (Bob) Olberding of Seneca, KS; two brothers, Lawrence (Lois) Boeding of Kansas City, MO and Francis (Pauline) Boeding of Seneca, KS as well as many nieces and nephews.  Wilbert was preceded in death by his parents, Herman in 1936 and Anna in 1989; four sisters, Rita Brownsberger in 1996, Mary Kremer in 1997, Edna Steinlage in 1998 and Rosalia Fangman in 2012 and one brother, Father Damian Boeding in 2003.

To order memorial trees or send flowers to the family in memory of Wilbert Boeding, please visit our flower store.