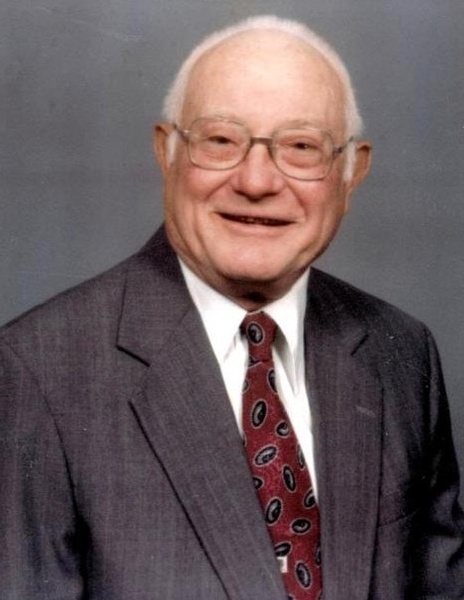 Bill was born on March 23, 1929 in Hartford, Kansas the son of George McMurphy and Alice Laws. He married Rosalie Mergenmeier on December 30, 1954.

He was preceded in death by his parents; his wife, Rosalie; a son, Michael; a daughter, Anna; two grandchildren, three sisters and a brother.

Mass of Christian burial will be recited Thursday, March 3, 2016 at 10:30 a.m. at the Sacred Heart Catholic Church in Sabetha. Visitation will be Wednesday, March 2, 2016 from 6:00-7:00 p.m. with parish rosary recited at 7:00 p.m. at the Popkess Mortuary Chapel in Sabetha. Interment will be made in the Sts. Peter & Paul Catholic Cemetery in Seneca, Kansas. Memorial contributions may be made to Sabetha Community Hospital, sent in care of the funeral home, 823 Virginia, Sabetha, KS 66534.

To order memorial trees or send flowers to the family in memory of William "Bill" McMurphy, please visit our flower store.